Some text in the Modal Body

The Hungarian Society for Pharmaceutical Sciences was founded – on the combined initiative of Dr. Endre Deér and Dr. Pál Lipták, initially with the participation of university educators, and after approval of its statutes by the Interior Minister – on 20 September 1924, with the objectives of ”promoting ethical pharmacy”, ”cultivating love of the natural sciences”, and ”studying pharmaceutical sciences”, among others. As a consequence of the political changes after the second world war, in 1949 the Society inevitably merged with the Trade Union of Doctors and Sanitary Workers, operating as a Specialized Pharmacists’ Group until 1966, when it became an affiliated organization of the Association of Hungarian Medical Societies (MOTESZ), and, with ministerial consent, took the name ”Hungarian Pharmaceutical Society”. After the political transformation of 1990, in 1994 the Society separated from MOTESZ, and has since been organising its activity independently in every respect. In accordance with the decision of its General Assembly of Delegates, on 29 November 2003 the Society again assumed its original name, and has since operated under the name ”Hungarian Society for Pharmaceutical Sciences” as an organization falling within association law.

The leaders and ”ordinary” members of the Society include educators from universities which train pharmacists, professionals working for independent pharmaceutical industrial research institutes, heads of pharmacy administration, and pharmacists involved with treatment of in-patients and out-patients. Trained people working in pharmacy can also be ”associated” members. The number of ordinary members exceeds 5000.

Society members can report their activity at meetings of the Society’s territorial and professional groups. In addition to the territorial organizations founded in the counties of Hungary at the end of the 1950s, pharmacists gather in professional organizations concerned with the pharmaceutical industry (1968), in-patient treatment (1973), and education–administration (1994).

The scientific activity of the Society is performed first in its sections. The Drug Analysis, Drug Technology, Medicinal Plant, Drug Research, and Drug Affairs and Organization sections were established in 1964, the Pharmacist History section in 1968, and the Pharmacist Care section in 2005.

The Society organizes large-scale national pharmaceutical congresses every three years, and regularly arranges – through its sections and organizations – conferences and symposia in different scientific fields. Close relations are maintained with the Hungarian Academy of Sciences and with universities training pharmacists. The international scientific and professional relationships of the Society are also far-reaching; it is a member of, among others, the organizations FIP, EUFEPS, and EuroPharm Forum.

Connecting young pharmacists with professional and scientific public life plays an important role in the activity of the Society – membership is open to university students. Every year, the Society organizes the ”Mátyás Rozsnyay” Memorial Competition (launched in 1965), for young (under 35) practising pharmacists. The “Ottó Clauder” Memorial Competition (launched in 1992) for pharmacists, again under 35, working in institutes and in industry is organized every two years.

In addition to promoting and developing the pharmaceutical sciences, the Society devotes much effort to strengthening the relationship between pharmaceutical practice and science. This is clearly apparent, because the participation of practising pharmacists has always been decisive in the activities of the Society and because the Society insists on the importance of training its members and supplying them with professional information.

The Society operates a central secretariat which – besides central administration – organizes conferences and training and is responsible for editorial aspects of journal publishing. 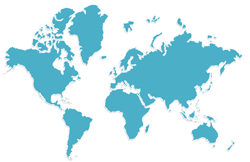